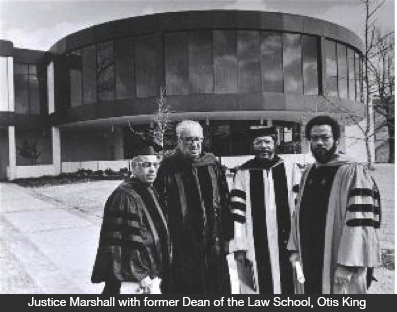 Thurgood Marshall School of Law has a proud legacy of producing leaders in the legal profession, business and public service.  In the past five years, the Law School has been #1 in Texas for producing African-American attorneys and #3 in Texas for producing Latino attorneys.*  Each year, the Law School ranks in the top five (5) in the nation in the number of African-American law graduates.  In addition, it ranks in the top twenty-five (25) in the number of Mexican-American or Chicano graduates.

Back to Top of the Page